Rjukan Hotell has a long history in the cityscape. In 1910, the hotel opened for the first time, in a respectable old wooden house, with goldsmith Sando’s on the ground floor. On 30 April 1950, a fire started in the building. Valuables were rescued from the building and the surrounding apartments. Goldsmith Sando later made jewelery from the characteristic fire hydrants from Rjukan Salpeterfabrikk which helped the hotel and shop during the fire.

After the fire, the hotel building that stands here today was built. It would take six years after the fire before the hotel was ready for guests again, and in 1956 they opened their doors to the public. The hotel had 47 rooms, with beds for 103 people. In total, the hotel’s facilities could serve up to 500 people.

At this time tourism took off in Rjukan, and several hotels opened in the surrounding area. The construction of the Gaustabanen was also finished at this time, but as is well known, the tourist aspect here disappeared when NATO took over control of the facility in the mountains.

The hotel was a success from the start with guests from Sweden, Denmark, Germany, Brazil, England and Norway. The locals also used the hotel’s facilities as regular customers. There was dancing and fun, and the head chef even held cooking classes for Rjukan Arbeiderparti’s women’s association.

The hotel, which was once large and magnificent, has now become small and intimate. We have plans for further renovation and ambitions for expansions. The time has come again for a city hotel buzzing with life, and visits from locals, Norwegian and foreign guests. We look forward to the future of Rjukan Hotell. 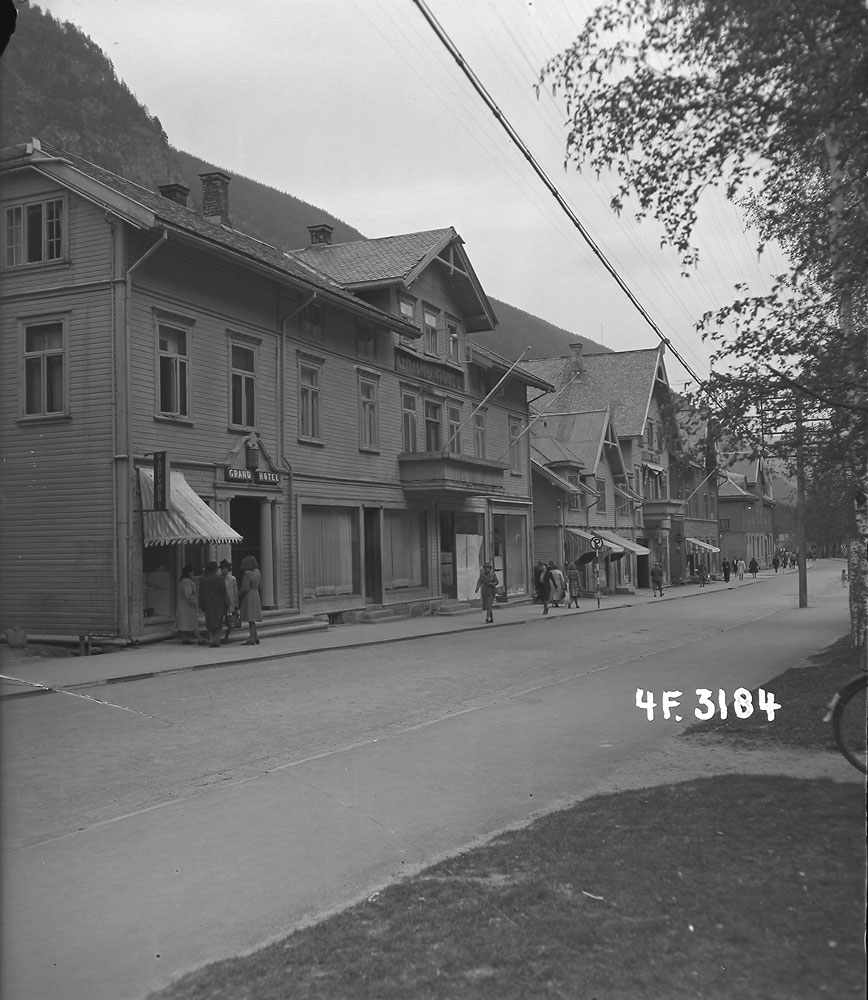 We can offer different room options, if you’re traveling alone, with a partner, friends or as a family. There are 28 double rooms, and 11 family rooms. All rooms are equipped with WiFi and TV. And your breakfast is of course included in the price when you stay with us.

Our digital booking system is currently under development. Until this is in place, we would like you to use this booking form so we can handle your request in a quick and orderly fashion.

We look forward to seeing you!